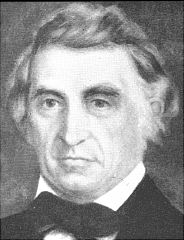 Physiology at the University of Arizona was developed here by faculty trained in physiology programs elsewhere. Its roots may be traced to the development of physiology in other institutions in this country.

In respect to the development of physiology in this country, many would say that it began with William Beaumont, an Army surgeon who had the opportunity in the 1820's to study human gastric function after treating an itinerant French trapper, Alexis St. Martin, who was left with an opening into the stomach after a gunshot wound had healed.

END_OF_DOCUMENT_TOKEN_TO_BE_REPLACED 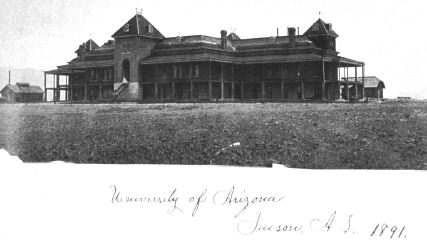 Physiology's Beginnings at the University of Arizona (1892-1901)

I think almost everyone in this room knows that the townspeople in Tucson were greatly disappointed when their representatives brought home from the territorial legislature the state university rather than the state prison or asylum. The university took form here only through the generosity of 2 gamblers and a saloon keeper who donated the land.

END_OF_DOCUMENT_TOKEN_TO_BE_REPLACED 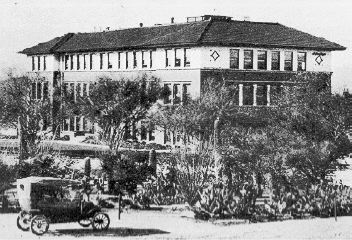 In 1904, physiology disappeared for a time from the curriculum. Only Zoology 1 and 2 were offered, and physiology apparently was encompassed to a degree in these introductory offerings. In 1902, John James Thurber, who had received his Master's degree from Nebraska, was appointed Professor of Biology. In 1903 the Desert Botanical Laboratory of the Carnegie Institution of Washington, D.C. was located in the Tucson Mountains and was apparently available to university personnel. According to the catalog, this new facility was seen as destined to become an important center of active scientific research.

END_OF_DOCUMENT_TOKEN_TO_BE_REPLACED 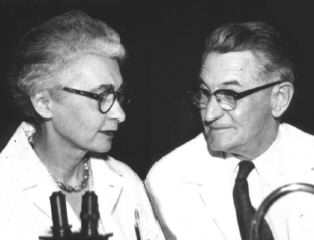 Both subsequently received Ph.D. degrees from the University of Chicago. While George retained his interest in physiology and zoology, Mary's interests were in bacteriology and she became head of that department in 1935. Concurrently George served as head of Zoology. Both continued in those capacities until the mid-fifties. George died in 1956 but Mary continued her association with the university, carrying on an active research program until recently on the cancer chemotherapy and anti-tumor properties of certain plant extracts.

END_OF_DOCUMENT_TOKEN_TO_BE_REPLACED 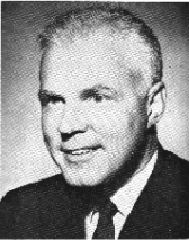