With deep sadness I have to announce that Professor Doug Stuart passed away on Saturday April 6 at the age of 87.  Douglas G. Stuart Ph.D. D.Sc., was a Regents’ Professor Emeritus in the Department of Physiology. He joined the faculty as an Associate Professor in 1967 and served as chair from 1988 – 91.  Doug was a proud Australian, a devoted family man and a highly accomplished scientist. He was known internationally for research on spinal motor mechanisms and their relation to tremors, locomotion, muscle fatigue, and the control of movement. Doug was a mentor long before the term became fashionable. He spent countless hours providing guidance to trainees and helped many early-career faculty members to establish an academic career. He also took pleasure in schooling university leaders. He left his mark on the discipline of neurophysiology, the University of Arizona and the Department of Physiology. He also left his mark on us, his friends.  It was an honor and privilege to know Doug. He will be greatly missed.

Douglas G. Stuart has promulgated interdisciplinary biomedical teaching and research since joining the physiology faculty in 1967.  First, with colleagues in anatomy and neurology he pioneered an interdisciplinary neuroscience course for first-year medical students when few such approaches were evident in medical education.  Next he played a leading role in 1970s'-1996 strategies to advance interdisciplinary biomedical engineering at the university.  In 1980-1983, he lead the charge for a university-wide neuroscience group, which effort was followed by recommending in the late 1980s that his own department of physiology convert its PhD program into a university-wide physiological sciences program, the first such conversion in the USA. He was a co-founder, former director (1986-2002), and now the archivist (2002-present) of an informal, NIH-funded statewide predoctoral and postdoctoral interdisciplinary program in movement neuroscience.  This program continues to strengthen ties between the physical- and life sciences, and between the Barrow Neurological Institute in Phoenix, Arizona State University, Northern Arizona, and the University of Arizona.

For further details on Stuart see: 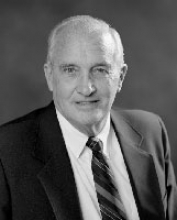