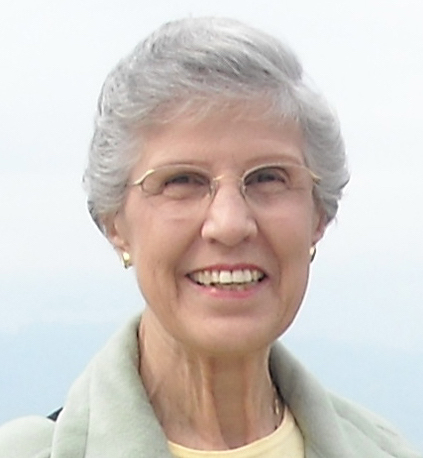 The Atwater Physiology Scholarship was created in 2014 by a gift from Professor Emerita Anne E. (Betty) Atwater, a faculty member at the University of Arizona for 34 years and Director of the Physiology Undergraduate Program before her retirement in 2003.

The “Anne E. (Betty) Atwater Scholarship Endowment for Undergraduate Education in the Department of Physiology” makes an annual award of at least $1,000 to one or more undergraduate students majoring in physiology & medical sciences. To be eligible for this scholarship, a student must be a U.S. citizen or permanent resident and must have completed the Free Application for Federal Student Aid (FAFSA).

Applicants also must have completed a two-semester “Anatomy and Physiology” course sequence (e.g., PSIO 201 and 202 or equivalent) with grades of C or higher, as required for to achieve advanced standing in the major. Students applying for this scholarship must have a cumulative GPA of 3.50 or higher and have at least one year (two semesters) remaining to complete before graduation. Merit is the primary consideration with financial need as secondary, but important. Minority students are encouraged to apply. 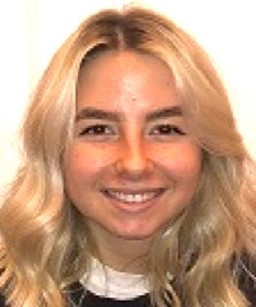 Ava’s career goal is to become a physician’s assistant.  She plans to attend graduate school after receiving her undergraduate degree and feels that her major in physiology & medical sciences and her minor in biochemistry are preparing her well for this venture.  Ava has been involved in the Physiology Club and ‘Flying Samaritans’ since her freshman year.  Also, she has worked part time as a Registered Behavior Technician providing in-home behavioral therapy for autistic children.  Ava’s favorite extra-curricular activity is weightlifting and setting personal records.

Noah has aspirations to become a physician with a focus either in pediatrics or emergency medicine.  He has already found that his major in physiology & medical sciences and minors in public health and Spanish are helpful in his volunteer work in healthcare clinics at Z Mansion and as a lead member of UA MexZona.  One of his biggest passions is working with underserved communities to provide healthcare to those in need.  Noah also has held part-time jobs in the UA Asthma Research Lab and as a tutor for SALT Center students with learning disabilities.

Brandon aspires to become a physician after he graduates with a major in physiology & medical sciences and a minor in biochemistry. He also is interested in politics and public policy and foresees the possibility of becoming a doctor working with the U.S. government to improve and advance our healthcare system. While at the University of Arizona, Brandon has been an undergraduate teaching assistant for MATH 100 and an undergraduate research assistant in Dr. Grandner’s sleep clinic. He also volunteered at the University’s POD vaccination center during the COVID-19 pandemic.

Derick is a physiology major and a first-generation Asian-American student whose goal is to attend medical school and become a trauma surgeon. Eventually, he hopes to join Doctors Without Borders to provide care for people in countries facing health inequality and lack of proper treatment. While attending the University of Arizona, Derick has participated in the Arizona Ambassador and the Pre-Health Ambassador programs.  He also has been active in Arizona HOSA, a student-led career and technical organization for future health professionals. In 2021-22 he will serve as the Postsecondary/Collegiate Vice President of this organization.

Brenn, a Navajo student majoring in physiology, has the goal of becoming a primary care physician so he can assist medically underserved communities. While at the University of Arizona, he has been actively involved in research under the Native American Cancer prevention program. Also, he has worked as a medical scribe in an outpatient urology group and volunteered at the Parkinson’s Wellness Recovery Center. In his free time, he trains and competes in Brazilian Jiu-Jitsu and in Powerlifting.

Delaney originally planned to pursue a career in medicine or pharmacy, but changed her career goal during her sophomore year to that of physician assistant. She has decided to take a gap year after graduation to gain the clinical hours necessary for PA school applications. During her college years, she has found it valuable to join and participate in clubs and organizations, some of which are Arizona Ambassadors, Physiology Ambassadors, and Women in Medicine and Science

After graduating with a major in physiology and a minor in public health, Chynna plans to pursue a career in medicine. She feels that her work as a medical scribe for an internist and neurosurgeon has given her a better understanding of the responsibilities of a doctor. An extracurricular activity that is important to her is participation in Golden Lotus, a Vietnamese dance group that performs at events to demonstrate Vietnamese culture.

Gabriela was born in Colombia and came to Arizona at the age of eight. She is the first member of her family to attend college. After completing her majors in physiology and Spanish literature, she plans to apply to medical school. Gabriela has served as an intern at Clinica Amistad and is a member of the Flying Samaritans and the Physiology Club. During summers, she volunteers at the Phoenix Children’s Hospital and at Mayo Clinic Hospital in Phoenix.

Guadalupe dreams of becoming a physician and feels her physiology major and public health minor will help her achieve her goal. She has been volunteering at Clinica Amistad, a nonprofit clinic in South Tucson that serves low-income citizens. Also she works as an undergraduate research assistant with a faculty member whose research program, Nosotros, helps obese Hispanic men enrolled in a weight loss program.

With the goal of attending medical school, Jessica has prepared herself by shadowing health care professionals, including emergency physicians and a midwife. She has received her phlebotomy certification and uses it as a volunteer at the Maricopa County Healthcare for the Homeless Clinic. She tutors and mentors students at Tucson High School in math and science. Jessica has completed several half-marathons and 10Ks. Also, she is active in the SASS (Single Action Shooting Society) and has won several championships. 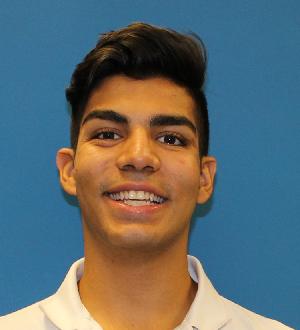 Ahmed’s majors are physiology, neuroscience & cognitive science, and Arabic. He was born and raised in Baghdad, Iraq, and came to the United States as an 11-year old. With a goal of attending medical school, Ahmed has served as the health advocate for his UA fraternity, volunteered at the Southern Arizona Aids Foundation, and worked for the UA College of Medicine as a Pre-MD Ambassador. His long-term goal is to work abroad for an international health non-governmental organization.

As a physiology major and first-generation college student, Brenda plans to attend medical school. She volunteered at Banner-UMC as a patient advocate intern and has served as a mentor for Honors Physiology students in their pursuit towards medical school. She also worked as a peer mentor with the Academic Success and Achievement program to aid underrepresented students in their transition into college.

Savanna pursued majors in physiology and nutrition. She plans on going to medical school and has volunteered with several health-related programs including the American Heart Association, the UA Cardiology Outreach Organization, and Health Occupation Students of America. Her interests also include volleyball and triathlon.

Jacob majored in physiology and molecular & cellular biology. He was an aspiring medical student who was heavily involved in the UA Student Health Advocacy Committee. During the summer following his freshman year he worked for two months as a clinical intern in a hospital in Thailand. His interests included the martial arts (Taekwondo) and music.