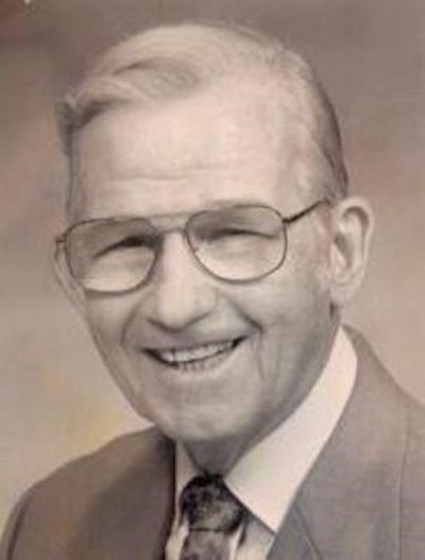 [Charles Tipton] Charlie Tipton was passionate about all aspects of physiology—its science, teaching, mentoring, students, history, and its professional associations. Tip was a Depression-era child in Illinois and Maryland and served his country in World War II. After receiving his BS from Springfield College, he taught and coached briefly in high school before returning to complete his Ph.D. in physiology under the tutelage of R.E. Johnson at the University of Illinois in 1962. His academic careers included 21 years at the University of Iowa and 14 years at the University of Arizona. Then Tip served another 16 years with NASA research programs concerned with the cardiovascular effects of microgravity and their alleviation through exercise training,

Starting in 1963 in Iowa, Tip pioneered a landmark, cross-disciplinary NIH-supported graduate program in exercise physiology which emphasized an in-depth education in the basic sciences. Students used animal models to investigate mechanisms underlying the effects of physical training and of chronic inactivity and microgravity on cardiovascular regulation, hypertension, renal and endocrine function and on tendon and ligament structures. In the early days, ongoing activities in Tip’s stadium laboratory in Iowa would routinely consist of rodents and dogs running on treadmills, side-by-side with a dozen Langendorf isolated heart preparations and in parallel  with heated debates on the pathophysiology and ethics of “making weight” in collegiate wrestlers. For many years at Iowa Tip held “student symposia” which consisted of visiting scientists participating in debates and providing one on one feedback to students over a two-day period. Charlie cared deeply that his students received in-depth experiences in the scientific process. These programs graduated 30 PhDs and also provided research experiences for many minority high school students and teachers.  Tip authored 200 peer-reviewed publications, 45 of which were published in the Journal of Applied Physiology over five decades (1966-2016).  His progeny have been very successful, contributing another 2,000 research articles- providing a prodigious contribution to our understanding of the physiology and pathophysiology of exercise training. His graduate program provided the template for excellence in teaching and research within the discipline of exercise physiology. Then, as chair of the Exercise and Sport Science Department in Tucson his program eventually merged in to a bachelor’s degree in physiology which became a national model for undergraduate physiology programs. Tip single-handedly developed the Arizona chapter of the APS, with the primary motivation being that “…it is great for the students”.

Contributing to the success of professional organizations like APS and the fledgling ACSM were high priorities for Tip. He served and chaired—often for multiple terms-APS committees such as Publications, History, and the EEP section. He was also an APS councilor and Associate Editor for the Journal of Applied Physiology (1988-1997). Importantly, Tip was responsible for re-energizing the History of Physiology within APS, holding annual EB history lectures, as well as establishing the APS Living History program. Post-retirement, Charlie published several biographies of physiologists and edited two editions of a history of exercise physiology as well as advanced exercise physiology textbooks. Within ACSM, starting in the 1960s, Charlie was the principal architect of the growth of the mechanistic approach to the study of exercise physiology, also serving as the college’s president and editor-in-chief of its journal. Tip dedicated his considerable energies for over four decades to improve the quality of almost every aspect of ACSM’s science-based programs.

Tip’s dedication to our profession has been recognized by APS (Orr Reynold’s History Award, EEP Honor Award), ACSM( Honor Award and Tipton Student Research Award), American Academy of Kinesiology and most recently by the Charles Tipton Annual Lectureship at Springfield College. Tip never sought recognition for his own accomplishments- rather, his selfless nature pushed him in the direction of promoting others to be honored. In a 2015 biographical essay Tip emphasized the significance to him of the 45 annual reunions he organized to bring together former students and colleagues, because “…to me personal relationships are far more important than scientific findings”.

Cited below are brief memories of Tip provided by a few of his former students from the early days at Iowa .

-Not only was Charlie a brilliant scientist and mentor, one who provided the foundation for my own successful career, he was also a trusted friend and beloved father figure to me, and I will sorely miss him and our weekly Tuesday chats ( Ken Baldwin)

-Merle Foss recalls that Tip referred to his first cadre of PhD students as “young turks” and expected them to conduct themselves with a strong presence of professionalism and respect for the scientific method- who could ever forget his oft-spoken signature position of “just show me the data”.

-Dr Charles Tipton has been a role model of the importance of integrity, humility, knowledge of literature, good experimental design, hard work and peer review of biomedical science; as well as a model of how to serve the field of exercise physiology, how to continue to be a mentor and how to be a good friend. ( Harold Laughlin)

-Dr Tipton taught me to: a) better develop my questions for research into exercise mechanisms; b) practice integrity and honesty in academic research, education and administration; and c) respect all types of life. (Frank Booth).

Charles is survived by his beloved wife of 68 years, Betty Jane Tipton in Tucson, and by daughters Teresa, Paula, Barbara, Lisa and Pat. Dr Charles Tipton enjoyed a long and highly productive life in the service of others. We have lost a leader and good friend and will miss him greatly.